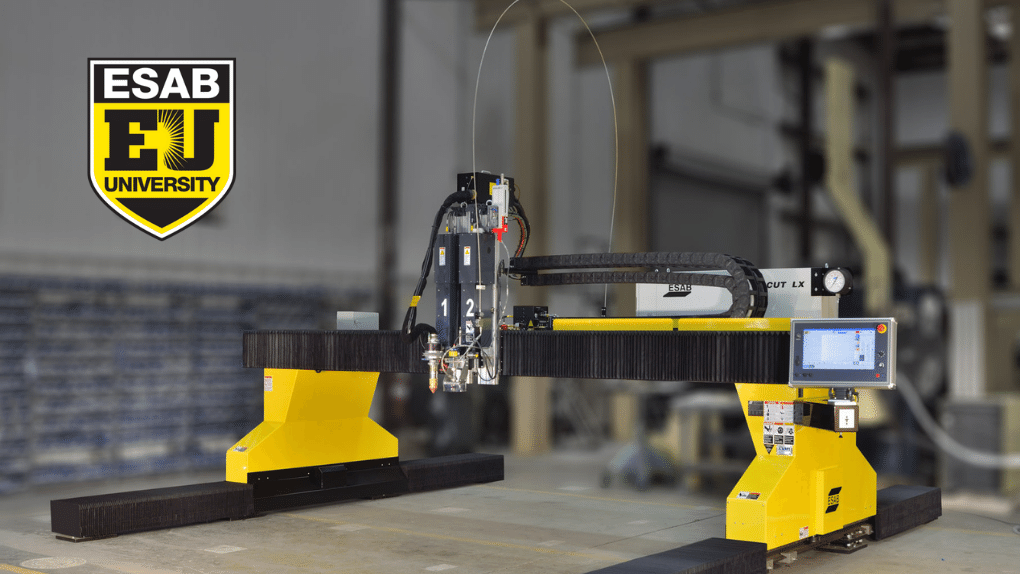 An Introduction to CNC Waterjet Cutting

CNC (computer numerical control) waterjet cutting machines have become extremely popular for 2D cutting of flat plate, even in heavy plate applications such as steel service centers, equipment manufacturers, and fabricators. Some of the key benefits of waterjet cutting are the straightness of the cut and the lack of a heat affect zone. To understand why it provides these advantages, let us take a quick look at how waterjet cutting works.

Waterjet is a Non-Thermal Process

Unlike a thermal cutting process, like plasma, oxy-fuel, or laser, the waterjet process is a mechanical sawing process. You can almost think of it like a bandsaw, which is a thin strip of metal with sharp teeth which are pulled through the material that you are cutting. Similarly, the waterjet cutting process uses a thin stream of water with sharp pieces of rock which are pushed through the material.

The pieces of rock, or abrasive, are usually made from crushed garnet. In some applications, other materials are used, but garnet is by far the most common for metal plate cutting. Garnet is also commonly used on sandpaper and is a relatively hard rock. Each grain of abrasive that passes through will wear away a little bit of the material.

But just pouring abrasive waterjets onto a metal plate will not cut it. What makes it work is the speed at which the abrasive is hitting the plate. The momentum of an object is equal to its mass multiplied by its velocity. A grain of abrasive has little mass, so to have any effect on a steel plate, it must have a high velocity to accelerate the abrasive fast enough to cut through hard materials, the water is pressurized to “ultra-high pressure,” and then released through a small orifice. When you play with a garden hose, you know that as you make the nozzle opening smaller, you get less water volume, but it comes out at a faster speed. That is what happens in the waterjet cutting head.

Typical waterjet cutting pressure is between 50,000 and 60,000 PSI (Per Square Inch). Many newer systems are pressurized up to 90,000 PSI. The water at this pressure is then released through a small orifice machined into a diamond or sapphire, usually in the range of 5 to 15 thousandths of an inch diameter. The resulting stream of water is supersonic, which means it is going faster than the speed of sound. Fortunately, it is a low volume, only about 1/2 gallon per minute.

Once it exits the focusing tube, you have a supersonic stream of water and abrasive that will quickly wear its way through any material, including aluminum, steel, stainless steel, armor plate, granite, tile, laminates, and even glass (though tempered glass is too brittle).

As each abrasive particle only removes a tiny amount of material by erosion, little heat is generated. Also, any heat that is produced is quickly quenched by the water stream before it has time to heat the surrounding material. As a result, the metal cutting has no heat affected zone. This makes water jet cutting a cold cutting process.

Not only do these fast-moving abrasive particles cut without any heat affect zone, but the momentum of the water stream keeps them moving in a straight line long after they exit the focusing tube, resulting in an extremely straight, accurate cut edge on various materials.