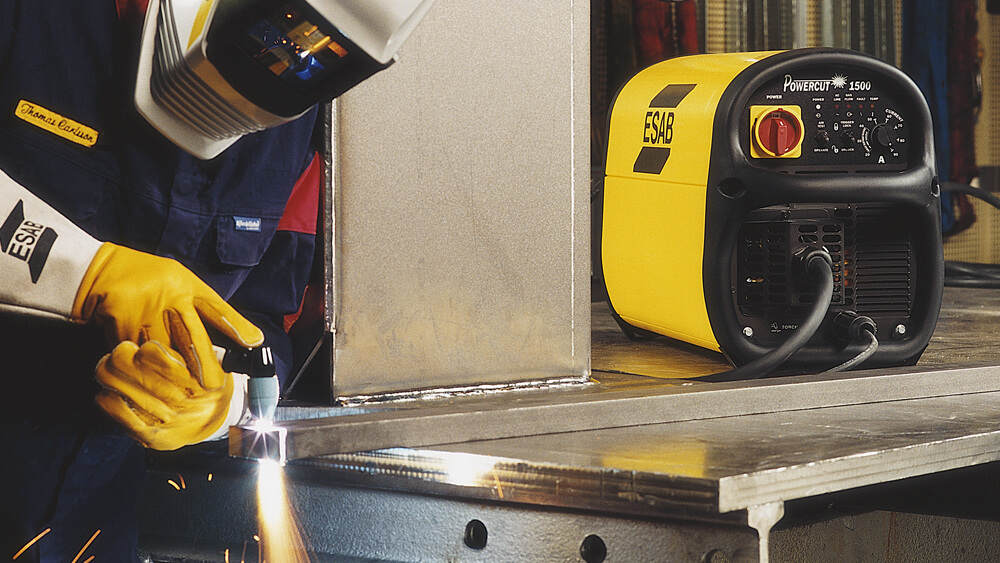 How Does a CNC Plasma Cutter Work?

What Is CNC Plasma Cutting?

It is the process of cutting electrically conductive materials with an accelerated jet of hot plasma. Steel, brass, copper, and aluminum are some of the materials that can be cut with a plasma torch. CNC plasma cutter finds application in automotive repair, fabrication units, salvage and scrapping operations, and industrial construction. The combination of high speed and precision cuts with low cost makes the CNC plasma cutter widely used equipment.

What is a CNC Plasma Cutter?

A plasma cutting torch is a commonly used tool for cutting metals for a wide variety of purposes. A hand-held plasma torch is an excellent tool for quickly cutting through sheet metal, metal plates, straps, bolts, pipes, etc. Hand-held plasma torches also make an excellent gouging tool, for back-gouging weld joints or removing defective welds. A hand torch can be used for cutting small shapes from steel plates, but it is impossible to get good enough part accuracy or edge quality for most metal fabrication. That is why a CNC plasma is necessary.

A “CNC plasma” system is a machine that carries a plasma torch and can move that torch in a path directed by a computer. The term “CNC” refers to “Computer Numerical Control”, which means that a computer is used to direct the machine's motion based on numerical codes in a program.

Parts of the CNC Plasma

The CNC machine may be an actual controller designed for machine tools, with a proprietary interface panel and a specially designed control console, such as a Fanuc, Allen-Bradley, or Siemens's controller. Or it could be as simple as a Windows-based laptop computer running a special software program and communicating with the machine drives through the Ethernet port. Many entry-level machines, HVAC machines, and even some precision unitized machines use a laptop or desktop computer as the controller.

To cut parts from steel plates, the motion of the torch is controlled by the CNC. The part program, usually just a text file with “M-codes” and “G-codes”, describes the contours of the part and when to turn the torch on and off. Part programs are usually created by a piece of software called a “post-processor”, which can take a part geometry from a CAD file and translate it into M-codes and G-codes that the CNC can read.

A CNC plasma machine also requires a drive system, consisting of drive amplifiers, motors, encoders, and cables. There will be at least two motors, one for the X-axis and one for the Y-axis. There is a drive amplifier for each motor, which takes a low-power signal from the CNC and turns it into a higher-powered signal to move the motor. Each axis has a feedback mechanism, usually an encoder, which creates a digital signal indicating how far the axis has moved. Cables take the power from the amplifier to the motor and carry the position signals from the encoder back to the CNC.

The CNC reads the part program and then outputs signals to the machine’s drive system which moves the torch in the desired direction at the programmed speed. The CNC reads the encoder feedback and makes corrections to the drive signals as required to keep the torch motion on the programmed path. All the electronics in the CNC and drive system work and communicate very quickly, often measuring and updating position information every few milliseconds. This allows the machine motion to be smooth and accurate enough to produce plasma cut parts with a smooth, straight, consistent edge quality, and precise part dimensions.

Finally, a CNC plasma system will have some sort of “I/O system”, an electrical system that handles Inputs and Outputs. This is how the CNC turns on the plasma at the appropriate time, by turning on an output that closes a relay, for example. The CNC uses inputs to know when the plasma arc has started and is ready to move. Those are the most basic Inputs and Outputs required, but obviously, there can be many more.

Many other sub-systems and features can be added, such as arc voltage height control systems, plasma bevel systems, integrated plasma control systems, and so on. But the basics of a CNC plasma cutter described above will be common to all such machines, from the simplest to the most complex.

Blogs Search My playlist
You are not logged in, please login to see your playlist Login / Signup