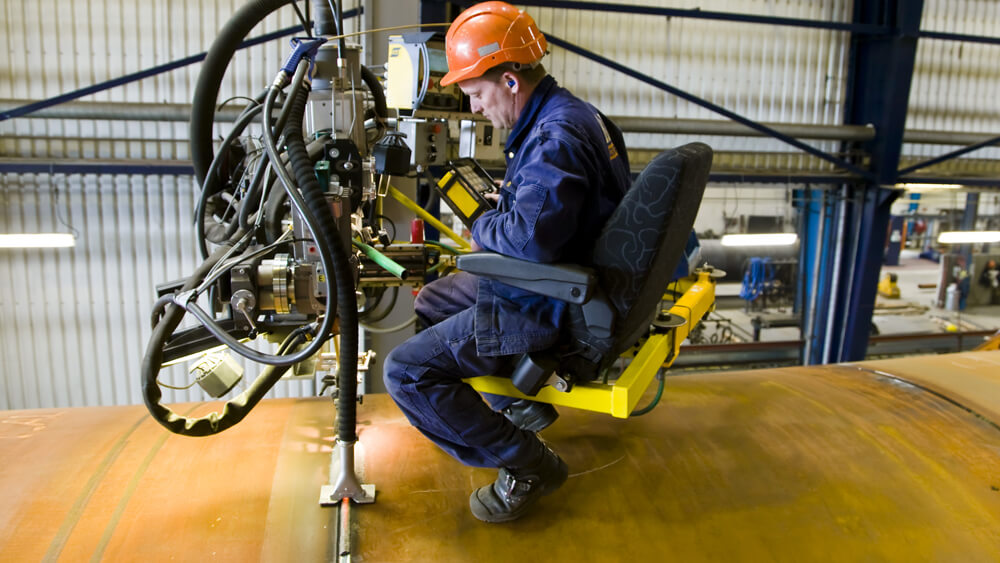 What Is Porosity In Welding?

Porosity in welding can be defined as a form of metal contamination. Porosity causes a bubble-filled, weak weld that does not meet the specified code. This can weaken structures and increase the risk of collapse.

Porosity is a common occurrence with steels that are coated with weldable primer. The primer is designed to be welded over without causing weld defects. However, this depends on the thickness of this layer and several other variables.

Suppliers have varying limits on the thickness and type of weldable primer they use, but there are lower and upper limits. Too little and it will not be able to provide adequate rust protection. While too much will cause problems like porosity, worm tracking, and poor bead profile, to name a few. In many cases, it is not the primer alone that causes porosity but a combination of several factors which include:

Lack of base material preparation

T-joints fit up without any base material preparation often trap impurities or excess primer between the edge and the broad side of the mating material. If possible, try running a grinder along the edge to remove any excess primer or dross from the cutting operation. This can greatly reduce welding issues.

If the primer painted is too thick on the main surface, the only thing you can do to minimize potential welding problems is to remove the primer in the immediate area where welding is to take place.

To gain a deeper understanding, let us consider a case where the welder is experiencing porosity issues.

The welder does a majority of the welding on 1/4 to 5/8-in.-thick carbon steel that has a weldable primer. Most of the welding is done on basic partial joint penetration (PJP) T-joints without any joint prep. The welder uses an E70T-1 0.052-in.-dia. flux-core wire with a 75 percent Ar/25 percent CO2 shielding gas blend on an automated welding system. The welder always experienced issues with porosity and there is really no consistency in when it occurs. How can we prevent it or pinpoint the root cause without preparing every weld joint?

As we mentioned before, welding variables can play a significant role in success rates in welding primer-painted weld joints.

Shielding gas - In this case, the welder is using an E70T-1 0.052-in.-dia. flux-core wire with 75 percent Ar/25 percent CO2 shielding gas blend. The choice to use a flat and horizontal only dual shield (shielding gas and flux) wire is a great decision for this application.

To take this one step farther, the welder could switch to a 100 percent CO2 shielding gas and increase the wire diameter to a 1/16 in. or even a 5/64 in. Carbon dioxide is an active gas, which means it will alter the welding process more than an inactive gas such as argon. The higher the CO2 concentration, the more cleaning action you get in the arc of the weld.

Wire diameter - When you increase the wire diameter, the arc energy is slightly more spread out, and the current density is reduced for similar weld parameters, although it typically produces fairly similar deposition rates.

Lower current density or a broader arc - The benefit of lower current density or a broader arc is to slightly lower welding arc penetration. Less penetration means fewer impurities get pulled into the molten weld puddle that has to be degassed to prevent porosity or worm tracking. You should still see favorable arc characteristics and base material penetration so the mechanical performance of the weld should not change.

Welding Technique -Finally, make sure your welding technique incorporates a slight drag angle, but not too excessive as this will allow the arc to dig too aggressively.

Understanding the Basics of Hybrid ...

What Is Laser Welding and How Does ...

Air Carbon Arc Gouging: What is it ...

Understanding the Basics of Exother...

What Eye Protection is Required for...

The Fire Triangle and How It Relate...

Inspection and Testing for Welding ...

The Incredible Benefits of Better P...